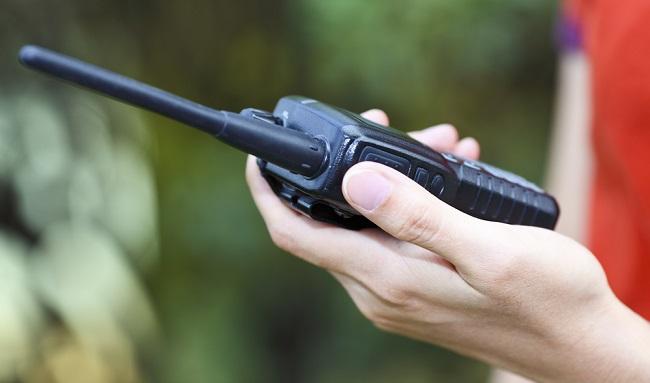 If CB radio and CB radio talk fascinate you, understanding the lingo should be second nature. From the first day you use your CB radio, you must communicate effectively, and the only way for you to do that effortlessly requires an in-depth understanding of the lingo. Failure to understand the code or the lingo will not only make your investment in the best radio useless, but you could also end up being the laughing stock when trying to communicate with pros like truck drivers, etc. Also, the use of the 10-4 code is extremely common nowadays – it is a daily slang, and its misinterpretation is nothing but an annoyance.

Therefore, to avoid miscommunication, it’s important to understand the meaning of the code, when and how to use it.

For most folks, the 10-4 code means yes or the roger code which means that you are okay with what the other person on the line said. Right? Well, close.

For the longest time, we’ve been made to believe that the 10-4 code simply means “Yes.” However, a look into the origin of the code leads us to a slightly different answer. A look down the history of the 10-4 code refers to a common phrase in voice communications, especially in law enforcement and the Citizens Band radio communication that means ‘Acknowledgment’ rather than ‘Affirmation.’ So, whenever a CB radio user uses the 10-4, they mean ‘Message Received and Understood.’

Where Did the Term 10-4 Originate from?

This code is part of the ten codes known as the APCO (Association of Public-Safety Communications Officials-International) Project 14 Aural Brevity Code developed between 1937-1940 before its expansion by APCO in 1974, allowing the brevity and the standardization of the codes for traffic messages. The initial use of the ten-codes was borrowed from the US Navy symbols in 1930. However, it wasn’t until 1935 that the APCO Bulletin published a comprehensive recommendation for the organization to issue a recommendation to describe the standard operating procedures for the use of the codes.

The procedures noted the following:

That there would be a standardized message form to be used by the entire police department, and that the simple code would be used for the service dispatches that related to corrections and repetitions. Also, the codes would include a standard arrangement for the context through which the messages could be dispatched, a recording system for logging a station’s operations, as well as any other important records as per the standards of the uniform crime reporting system.

The main aim of the APCO Ten Signals implemented in 1937 aimed to cut down the use of speech on the radio, especially because the number of police channels was limited at the time.

While the police units were among the first to use the 10-codes, the invention of these codes is credited to Charles “Charlie” Hopper who was Illinois State Police’s communications director in District 10. His long involvement in radios for the police for years led him to the realization that the police required abbreviations for ease of communication in the transmission lines. The old radios’ generator also guided the development of the code called the dynamotor which took from 1/10 to 1/ 4 to spin to full power. They had to wait for the transmission to attain full power and each code was preceded by 10, hence the Ten-codes.

The depiction of the adaption of the Ten-codes by the CB radio enthusiasts is well presented in the 1975 hit song ‘Convoy’ by C. W. McCall. The song is a depiction of the conversations among the CB truck drivers. 10-4 was used to mean ‘understood’ while 10-20 was used by truckers to ask “what’s your twenty’ or ‘where are you?’

And, there you have it, the 10-4 code has nothing to do with answering questions asked by the person on the other end, it only means that the recipient understands what’s been communicated.

So, when one trucker asks another whether or not there is traffic on a specific highway, and they get a 10-4 response, it only means that trucker 2 understands the question and they will get back to trucker 1 later.

You might have also heard the phrase “That’s a big 10-4” thrown around. But, do you know what it means? Well, the phrase emphasizes the agreement. It could be used to express a strong agreement.

Which are the categories of the Ten Codes?

The 10-4 code falls in the Procedure and Officer Details category. There are other categories of Ten-Codes including Emergencies, General Use, Accident & Vehicle handling, Net Message Handling, Fire, Personal favors, local, and Technical use

How are the Ten-codes used today?

Since the inclusion of the Ten-codes (then Ten Signals) into the Public Safety Standard Operating Procedures Manual in1967 under APCO’s project Two and the publishing of the Ten Signals Card in 1974 under APCO’s Project 14, the Ten Codes have been used to replace the complex and long over-the-radio conversations.

The use of the Ten Codes has also been popularized by the TV show Blue Bloods as well as New Zealand’s reality TV show Police Ten 7 which takes its name from the New Zealand Police 10-7 Ten Code that means ‘the unit has arrived at the job.’

These ten-codes have found their way into daily conversations intended to be concise, terse, and highly standardized. Unfortunately, the proliferation has rendered meaningless the use of the codes in situations where police officers need to communicate. As a result, the use of the Ten-codes was discouraged during the rescue operations for Hurricane Katrina. The other reason why the use of the codes has reduced among the lawmakers is that the communication issues experienced during the September 11 attacks.

Common with truckers asking fellow truckers about their location, Code 10-20, according to the Truck Road Service means “My location is…” or “What’s your location?” This is its general and APCO-designed meaning.

Understanding the 10-4 code is crucial especially among drivers and truckers. This is because even with the best CB radios, there is important information you can only receive from someone who is also on the road. The codes are also a fun way of communication, and they create a sense of community or belonging.